The European court of justice, in handing down its decision in Unamar and Seaport Terminals v Belgium, has clarified the provisions of the EU customs code relating to the responsibility for duty when uncleared goods are lost in storage or transit.

A consignment of Brazilian cigarettes unloaded at Antwerp went missing from the quayside while the goods were waiting to be "assigned a customs-approved treatment or use" (that's Euro-speak for old-fashioned "customs clearance"). The Belgian court held that both the carrier and the terminal were jointly and severally liable for the import and excise duties. Both parties appealed, and the appeal court sought guidance from the ECJ on the proper interpretation of the customs code and who was responsible for paying the customs debt.

Article 203 of the EU customs code sets out a number of different people who can be held responsible to pay the duty and tax when uncustomed goods are lost or stolen, including "the person required to fulfil the obligations arising from temporary storage of the goods or from the use of the customs procedure under which those goods are placed" and (rather hopefully) those who participated in or were aware of the illegal removal. In practice of course, it is only rarely that people in the latter group are traced, and customs authorities therefore look to other, more substantial companies or organisations listed in article 203 to recover the duty and taxes. The question the court had to decide was which of the companies was the one "required to fulfil the obligations" in accordance with article 203: was it the company in physical control of the goods (Seaport Terminals) or the company responsible for making the customs declaration (Unamar)? Or could they be jointly liable?

The court held that, once goods have been unloaded, the obligation for the customs debt lay with the person or company who had physical control of the cargo. In reaching this decision, the ECJ has clarified that the liability to pay a customs debt does not necessarily have to be concurrent (ie joint and several), but that it is sometimes appropriate for liability to lie solely with one party, because the risk passes consecutively when custody is passed from one person to another. As a result of this judgment it is more likely that, when goods go missing while in temporary storage, the terminal operator will be faced with sole liability.

In the past, customs authorities have tended to take action against the company which had lodged the summary declaration. If they then tried to recover the costs from the terminal operator, they would generally find that the amount they could recover was limited by the terminal's contractual conditions. The ECJ's judgement makes it clear that the operator of the terminal or warehouse where the goods had been held when the loss occurred will be liable to the customs authority direct for the unpaid duty or tax. Any limits of liability in the operator's trading conditions will be of no effect, because the authority's claim is not based on contract but arises under statute.

Although the duty demand arises because of the terminal's own negligence, it may - under some circumstances -be possible for the terminal to claim the charges back from its client.

This will very much depend on the terms of the contract between the two companies, the effect of national law, and of course on commercial relationships. 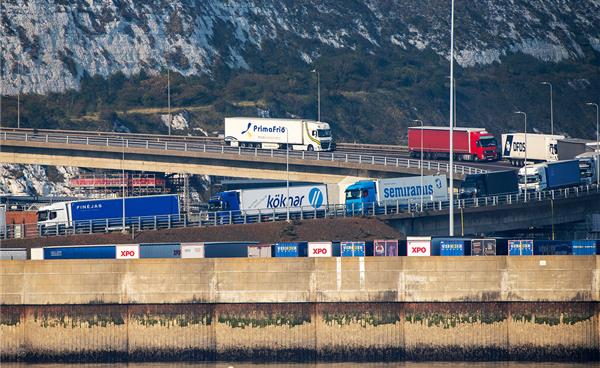 When it comes to Brexit, here's a comprehensive guide for all UK Ports and Terminals