Compliance with international regulation requires alertness to change. In international trade, compliance also needs sophisticated collaboration. It's time to grasp opportunity. Most supply chain practitioners will be familiar with the fact that international dangerous goods regulation follows a biennial cycle of review and development that is initiated by the UNECE ( United Nations Economic Commission for Europe) "Committee of Experts on the Transport of Dangerous Goods and on the Globally Harmonized Classification and Labelling of Chemicals". This snappily-named committee has two primary responsibilities (handled through respective sub-committees) - firstly, to ensure harmonisation of hazard classification of chemicals (

) and, secondly, to develop recommendations relating to transporting such chemicals by any mode (

Once these technical foundations have been established, in particular the UN

, those responsible for the development of regulation for the different transport modes - air, sea, road, rail and inland waterway - apply the detail as appropriate for the mode concerned. There are differing transitional arrangements for each version or amendment of the resultant regulation, allowing early voluntary application of the forthcoming regulation as well as clear finality as to when any given version is no longer valid.

Thus, in relation to the carriage of packaged dangerous goods by sea, Amendment 38-16 of the IMDG (International Maritime Dangerous Goods) Code came into force on 1 January 2017 on a voluntary basis and became mandatory from 1 January 2018 for a period of two years until 31 December 2019. The previous Amendment, 37-14, valid until 31 December 2017, must no longer be used. Further details can be found on the IMO website. All stakeholders involved in the international carriage of dangerous goods by sea need to ensure that all versions (whether held in paper or electronic form) prior to Amendment 38-16 are destroyed and any reliant corporate procedures are updated as appropriate.

As would be expected in a world of changing risks and mitigations, the latest amendment of the IMDG Code takes account of a number of developments, often responding to incidents that have occurred. While the IMO website provides information on some of the key changes, additional explanation may be found in various reports, such as our own assessment in January 2017 when the amendment entered its transitional year.

Combatting crime
TT Club has repeatedly highlighted the problems that have arisen relating to dangerous goods – including, for example, the fact that most significant ship fires, which occur roughly every two months, are attributable to such cargoes, often exacerbated by criminal misdeclaration or fraud. Shipping lines have, inevitably been in the vanguard of those seeking to ensure that dangerous goods are appropriately classified, packaged, packed and declared through the supply chain. One, the ‘Cargo Patrol’ initiative created by , was awarded the TT Club Innovation in Safety Award in 2017 by ICHCA International. This award reflected not only the efficacy of the search engine capability to identify erroneous shipments but also the open-handed decision to pass the software to IBM for further development and to make the solution widely available to other shipping lines.

TT Club has also collaborated with Exis Technologies for many years and sought to promote their Hazcheck systems as a highly valuable portfolio of solutions in relation to the source material (the IMDG Code itself), cost-effective e-learning and practical support applications to assist practitioners with every aspect of achieving compliance with the regulations, through the booking, packing, marking, documentation and ship stowage processes.

Overcoming complexity
The latest addition to this portfolio of risk mitigation tools in relation to dangerous goods was highlighted in TT Talk last October. The Hazcheck Restrictions Portal has the aspiration and potential to reduce incidents further, primarily by ironing out confusion and error in the necessarily complex operational processes involved in navigating today’s supply chains with such goods.

The initiative was birthed in the growing awareness that each carrier has been collating its own record of restrictions in relation to house policies, ship owner policies, ship constraints (eg. number of available reefer points), and restrictions applied at the applicable ports/terminals of loading, transit, transhipment and discharge. This listing of checks itself demonstrates the complexity, possibility for error or failure to update, and pure inefficiency – all in an area that is intended to achieve compliance and safety, but is hugely burdensome and delivers zero competitive advantage.

Not only does individual collation smack of inefficiency, but simple comparisons demonstrate that there are material differences in understanding and interpretation about the way that, in particular, port/terminal prohibitions, restrictions and additional requirements operate. The business case to engage with a different process is clear; while container carriers clearly can benefit from improving clarity on the ship-board side, the most urgent need is for the port/terminal community to upload and maintain the relevant data. TT Club repeats the call for all such stakeholders to take action and contact Exis Technologies. 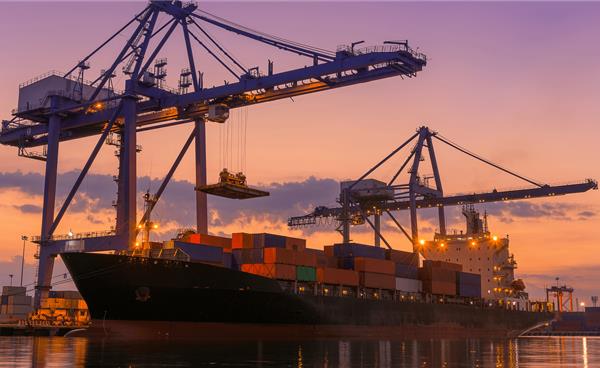