TT Club, the specialist transport insurer, has called for the training of those handling dangerous goods on land prior to shipment by sea to be mandated under the International Maritime Dangerous Goods (IMDG) Code. The demand came in support of a proposal by the UK delegation at a meeting last week of the IMO's sub-committee on Dangerous Goods, Solid Cargoes and Containers (DSC). The consequences of badly packed, mis-declared and inaccurately labelled hazardous cargoes in terms of loss of life, damage to vessels and destruction of goods, argues TT continues to be at unacceptable levels.

Speaking at the IMO session, TT's Risk Management Director, Peregrine Storrs-Fox was adamant that such training was necessary and logical to support compliance with the IMDG Code obligations. "Historically, IMO members have been opposed to such a move on the grounds that the organisation has no jurisdiction on land. However, TT Club contends that training of shore-based operatives is vital in increasing safety throughout the transport chain and urges national maritime administrations and ship registries to support the proposal," he said.

In support of his case Storrs-Fox cited evidence from a host of incidents over recent years, in which sub-standard handling of dangerous goods has been proved, or is strongly suspected to have been the cause of fires on vessels and leakages from containers resulting in significant damage and loss of life.

Statistics also bolster the case. A modern container ship is bound to carry a cocktail of chemicals. Industry figures show that between 5 and 10% of an average container ship's payload is made up of declared hazardous goods. On the super post-panamax 8,500 TEU vessels plying the Asia-Europe trade that means the contents, of up-wards of 600 containers is declared hazardous. At conservative estimates that's 8,000 tonnes per ship.

In one year, based on Clarkson's 2006 laden TEU count of 116 million, there are around 10 million declared 'dangerous' boxes with over 130 million tonnes of cargo being shipped. As Storrs-Fox points out, "Of the 166 IMO member states only an average of five per year have reported on systematic inspections over the last decade, amounting to less than 0.5% inspection rate of only declared cargoes. This is, however, the tip of the iceberg, as we can't count the undeclared or estimate the extent of the mis-declared or badly stowed containers. "

Awareness of the problem of course helps but for a significant improvement in the situation, indeed to prevent the circumstances becoming even more severe mandated training is essential. "The initial loading of containers and every point on the supply chain should be operated responsibly and every link be secured on trust. This can only be achieved through the adequate training of all relevant personnel on a compulsory basis, aligning sea carriage with the position in other modes of transport, such as air," concluded Storrs-Fox. 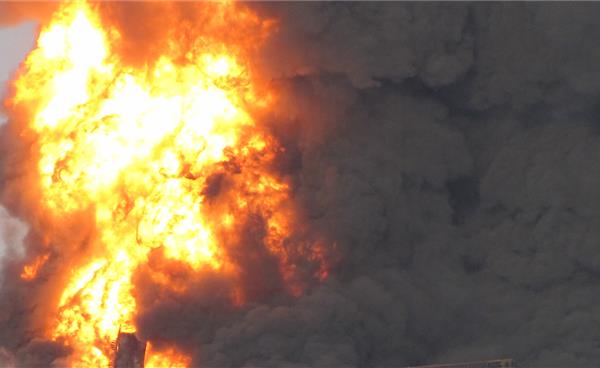