As the political and humanitarian situation in Calais continues to unfold, the specialist freight transport insurer, TT Club provides a perspective on the implications for the freight and haulage industry.

The problem of illegal immigrants entering Western European countries has been a geopolitical issue for several years, which - despite the recent rise in profile and the introduction of certain legislation - has never quite been overcome. Widespread reports of events in the last months have brought the issues very much into the public domain.

2015 has thus far witnessed an unprecedented increase in such activity, it is widely reported that there have been in excess of 37,000 attempts by immigrants to breach the Channel Tunnel from France to England. The current situation and level of activity is far beyond any earlier ever recorded and appears to be reaching a critical point, to a degree superseding earlier preventative measures such as not parking or stopping within a certain distance of the port of departure.

The commercial reality of the situation is highly damaging both for the local economies and the freight industry, which unfortunately appears to be a focal point and the preferred means of facilitating the cross border movement. There are widespread and often hidden costs from property damage, through to loss of earnings as a result of congestion at the port. Indeed, the FTA has recently suggested that in the UK the current situation is costing the freight industry £750,000 per day.

The action of breaking the seal alone immediately brings into question the integrity of the cargo within. Unfortunately, breaking the seal to gain entry may just be the beginning. Even one person climbing on top of the cargo can crush cartons and physically damage cargo. There have been reports of up to 30 people entering a single freight container; the cargo in these instances can be seriously affected. Furthermore, given that these individuals may spend several hours in the transport unit during the transit, there are often less pleasant results than simple crushing damage.

Where cargo intended for human consumption is concerned the result frequently is that the receiver will simply reject the entire cargo, exposing the freight operator to significant claims as well as the costs of destruction and disposal. Rejection of cargo in such circumstances is of course frustrating, but may not be entirely without merit. The commercial and reputational risks associated with releasing affected cargo into the food chain could prove irreparable.

Most shipments by road into the UK are subject to the Convention on the Contract for the International Carriage of Goods by Road 1965 (CMR). The first test under CMR is whether damage has actually occurred to the subject cargo; it may be possible to defend such cases where damage cannot actually be evidenced and the rejection of cargo is based on a "fear of loss". Where damage is evidenced, developing a successful defence under Article 17.2 "through circumstances which the carrier could not avoid and the consequences of which he was unable to prevent" may be a substantial hurdle in many jurisdictions, heavily dependent on the particular circumstances leading to the damage.

With a view to mitigating potential losses, there are established facilities which, given the opportunity at an early enough stage, can forensically inspect and sort cargo which is feared to have been affected. This intervention may save a portion of the cargo, such as that on the lower tiers of pallets which has been sufficiently protected. Timely and decisive action is absolutely pivotal when faced with a claim in this respect, especially where temperature controlled and short shelf life cargoes are concerned.

In addition to the risks associated with property damage, contamination and total loss claims, there also exists a civil penalty scheme for the driver and freight operator where immigrants are discovered. The fines imposed are currently up to £2,000 for each immigrant who does not have the right to enter the UK. These fines can quickly mount where a number of immigrants have entered a single transport unit. Discovery may also result in the vehicle and trailer being impounded, causing further financial losses to the operator.

Freight operators and drivers can consider the following strategies with a view to avoiding the imposition of fines for facilitating the cross border movement of immigrants. It is essential not only to have a system in place but also to be able to demonstrate that it is effective.

• Provide written procedures and instructions to all drivers, highlighting the risks.

• Provide robust security measures and devices to secure the vehicle, trailer and cargo.

• Provide training to all drivers in terms of the risks and the use of any security devices.

• Provide all drivers with a security check list and training on how to complete it.

• Regular checks of the vehicle, trailer and cargo (where practicable), recording the checks when completed thus creating an audit trail.

Finally, if immigrants have been discovered in your vehicle and civil penalties have been imposed, it may be prudent to seek legal advice prior to simply paying. An appeal process exists which can, following further investigation, result in a reduction of the penalty. Whilst it doesn't mitigate the exposure of potential cargo claims the UK Border Force have published a document providing 10 steps to avoiding a fine which can be found in several languages at:

Guidance on the level of penalty code of practice can be found at:

An example template security check list in a number of languages can be found at:

In conclusion, applying sound practice, and providing information and training to all drivers will assist in mitigating the associated risks. The use of locks and security devices on vehicles, trailers and containers to deter immigrants from attempting to enter the transport unit will also help reduce these exposures. Regular and recorded checks of the vehicle will provide an audit trail and, in the event of an immigrant being discovered, potentially reduce or eliminate the imposition of fines by the relevant authority. Where an incident has occurred, decisive early action to involve insurers and experts could result in mitigating the potential cargo claim and saving a portion of the cargo. Where a driver suspects that an immigrant has gained access to the transport unit, the recommendation is not to confront the individual(s) but immediately call the local Police Force, who will attend and resolve the incident. 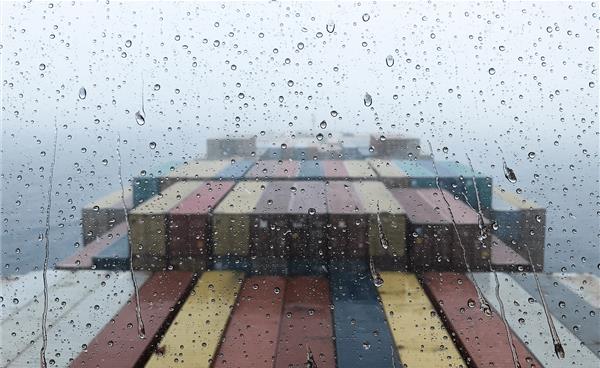