TT Talk - Does CMR apply to the international road portion of a multimodal transport contract?

CMR, the Convention on the Contract for the International Carriage of Goods by Road, is in force in 53 countries governing international road carriage in Europe and extending into parts of Asia and Africa. CMR can become relevant for anyone involved in shipping goods to or from Europe. A Transport Operator based in South East Asia or America who assumes liability door-to-door could well find that he is liable under CMR for loss or damage during a cross-border road leg in Europe.

Pursuant to Article 1(1), CMR applies (provided road carriage is international and at least the agreed place of departure or destination is in a CMR country) 'to every contract for the carriage of goods by road'. A critical issue is whether CMR might apply to the international road portion of a multimodal transport contract.

In Quantum v Plane Trucking, multimodal transport of a consignment of computer hard disks was first by air from Singapore to Paris CDG and then by road (and ferry) from France to Ireland. The disks worth some USD1.5 million were stolen during the road leg. Air France had issued to cargo interests an air waybill in which the AF flight numbers reflected air/ road carriage in the way carriage was in fact performed. As the Air France conditions of carriage allowed Air France to substitute other means of carriage without notice, cargo interests argued that the contract for the carriage from Paris to Dublin was not specifically for carriage by road but by any mode Air France liked, with the result that CMR would not apply.

However, Mance LJ (now Lord Mance), with whom the other two judges agreed, dissected the passage 'contract for the carriage of goods by road' in Article 1(1) CMR and held that CMR applied not only where the parties agreed carriage by road (excluding any other modes), but also to cases where the carrier had an option to elect road from a choice of carriage modes. Mance LJ first discussed a number of Continental decisions and then held that the application of CMR depended on whether the carriage was actually performed by road (provided that the contract specified or permitted such road carriage).

For the (second) question whether CMR applied to the international road leg of a multimodal transport contract, Mance LJ used the same approach and concluded that the concept of a 'contract for the carriage of goods by road' in Article 1(1) CMR included a contract providing for or permitting the carriage of goods by road on one portion of the multimodal transport. Thus, the court held that CMR applied to the case before it.

In Datec v UPS (2007), multimodal transport was first by air from England to Germany, then onwards by road to Holland. The UK House of Lords, without further discussion, applied CMR to the international road portion, thus confirming Quantum v Plane Trucking (to which Lord Mance expressly referred).

The judgement of the German Federal Supreme Court (Bundesgerichtshof) of 17 July 2008 concerned a contract for the carriage of 24 containers from Tokyo to Germany (Mönchengladbach). The goods were carried by sea from Tokyo to Rotterdam, from where road carriage was intended to the final destination in Germany. The sub-contracted road haulier collected the goods from the port in Rotterdam. While still on the port premises, the road trailer toppled which caused severe damage to a container holding 50 photocopying machines. Cargo interests claimed EUR 218,485 plus interest. The Transport Operator issued to cargo interests a 'waybill' which provided for Japanese law and jurisdiction.

The Higher Regional Court Düsseldorf (the court below) held in 2005 that it had jurisdiction to deal with this claim, because Article 31(1)(b) CMR conferred jurisdiction to the court at the place designated for delivery and because the rules on jurisdiction in CMR take precedence over the jurisdiction clause in the 'waybill'. A necessary precondition to jurisdiction based on Article 31(1) (b) CMR was that CMR actually applied to the road portion of this multimodal transport contract. The Higher Regional Court held that it did. The court argued that CMR aimed to achieve a harmonized legal regime and that it should be irrelevant for the application of CMR that the carrier - in addition to the international carriage by road - agreed to carry by another mode of transport.

However, in its judgment of 17 July 2008 the German Federal Supreme Court reversed the decision by the Higher Regional Court. The Federal Supreme Court found that CMR did not apply 'directly' ('autonomously') to an international road portion of a multimodal transport contract. It explained that only the 'special case' of Article 2 CMR (where the goods remain on the vehicle whilst carried for part of the carriage by a different mode) applied to multimodal transport contracts.

The court cited a strong majority of German commentators in support of this conclusion. It also said that it relied on materials (though without providing details) namely the drafting history of CMR, an account of the discussions at the 1956 CMR Conference and the German government's explanations on both CMR and the 1998 transport law. The court explained that CMR, apart from Article 2, aimed to harmonize only international road carriage which was unimodal. It admitted that the text of Article 1 CMR (in English and French, the two authoritative languages) did not 'undoubtedly' exclude the application of CMR to multimodal contracts, but felt that even the text of Article 1 'rather' pointed against application of CMR to multimodal contracts.

After the Federal Supreme Court rejected the direct ('autonomous') application of CMR, it held that CMR did not come into play 'indirectly, i.e. via the applicable domestic law, either. Since the applicable domestic law specified in the 'waybill' was Japanese law and Japan is not a Member State of CMR, the court held that there was no such 'indirect' application of CMR.

As the Federal Supreme Court held that CMR applied neither 'directly' nor 'indirectly', cargo claimants were left without jurisdictional basis for suing in Germany and had their claim dismissed.

At present, multimodal transport can be governed by a special provision in a unimodal transport convention (such as Article 2 CMR) or by the applicable law (German law being an example). Subject to such rules, established multimodal/ combined transport bills of lading like the TT Club Series 100 or the FIATA 'FBL' address the various issues of multimodal transport and expressly provide for facts such as the ones in the judgment of the German Federal Supreme Court.

The full texts of the two judgements can be found under the following web links:

http://www.bundesgerichtshof.de/ (please first go to 'Entscheidungen', then enter in 'Aktenzeichen' the text 'I ZR 181/05') 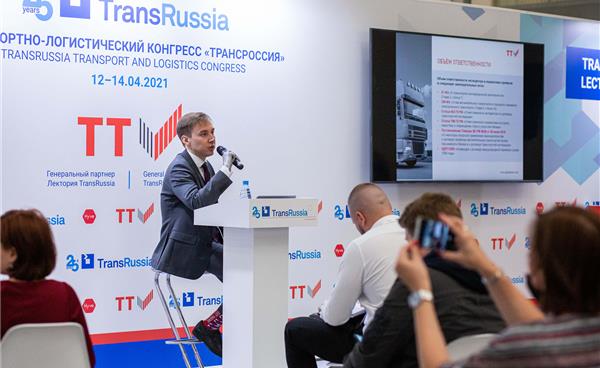