In the Australian case of Hilditch v Dorval Kaiun KK (The Golden Lucy I ), Hilditch, the Australian buyer, purchased from SK Corporation (Korea), the seller, a cargo of refined oil products, including 400 metric tonnes of Yubase 6 (a lubricant for motor engines). For the carriage from Korea to Australia, SK Corporation concluded a charterparty with carriers, Dorval, supplemented by a tanker bill of lading issued in a set of three originals.

The Golden Lucy I carried the Yubase 6 in a number of tanks, and caustic soda in other tanks. A survey after discharge operations established that the Yubase 6 was contaminated and commercially unusable.

In his judgment of 14 December 2007, Rares J at first instance in the Federal Court of Australia found that a leak on the Golden Lucy I permitted the caustic soda to admix with the Yubase 6 before the Yubase 6 passed the ship s manifold. The judge held that the damage arose from Dorval s breach of Article 3, rule 2 of Australian COGSA carefully to carry the cargo which extended to the discharge. He held the damage did not arise or result from an act or omission in the sense of Article 4, rule 2(i). Dorval was therefore liable for the full value of the Yubase 6 amounting to AUD 560,013 plus AUD 77,558 interest.

Hilditch set up a documentary credit (letter of credit) with National Australia Bank. The bank required a full set of shipped on board charterparty bills of lading made out to the order of the shipper and endorsed in blank.

As required by the documentary credit, the bill of lading was made out to the order of SK and named Hilditch as the notify party. Hilditch received one of the three bill of lading originals from the National Australia Bank . On it were two separate signatures. The first signature omitted the name of the author or any indication on whose behalf it had been signed. The second signature was placed above a stamp by the Export-Import Bank of Korea.

Rares J referred to Lickbarrow v Mason (1794) and Sewell Burdick (1884) as authorities that under the law merchant , an endorsement in blank of a negotiable document issued to order converts the document to a bearer document. The Singapore Court of Appeal also so found in Keppel v Bandung (2002).

Rares J noted that a Dorval employee s signature on Dorval s commercial invoice matched the anonymous one on the bill. The judge felt it was unlikely SK would present documents which did not comply with the express requirement of the documentary credit for a bill endorsed in blank and concluded that it was obvious that the signature on the bill was a valid endorsement in blank .

Further, Rares J rejected Dorval s claim that the second signature (which was placed above a stamp by the Export-Import Bank of Korea) was merely a mere administrative measure to record satisfactory examination of the documents stipulated in the documentary credit. The stamp and signature did not have any appearance of administration about them. The judge concluded that, provided the Export-Import Bank of Korea obtained property in the bill, it had also endorsed the bill in blank, as SK had previously done, thereby allowing it to be delivered as a negotiable document to the National Australia Bank.

Rares J also rebutted Dorval s argument that, for the endorsement to be valid, all three originals - not just one of them - had to be endorsed. He relied again on Sewell Burdick (1884) where Lord Blackburn conceded that he was not really aware why the shipping industry continued the practice of issuing more than one original of a bill of lading, but concluded it was important not to unsettle established principles. As Lord Blackburn pointed out, if endorsement (and delivery) of all originals were necessary, it would be pointless to have more than one original in the first place.

Rares J relied on the phrase in the bill s attestation clause ( ..) one of which being accomplished, the others to be void and held that the bill of lading became accomplished when Hilditch delivered one of the three originals to Dorval.

Thus, when Hilditch received one original of the order bill converted to a bearer bill endorsed in blank , it became a lawful holder of the bill and thereby entitled to sue Dorval.

Firstly, Hilditch v Dorval confirms that each (lawful) holder of an order bill of lading can transform an order bill into a bearer bill by endorsing it in blank . This flexibility may suit some merchants and banks, but is potentially problematic, because any unintended recipient, finder or thief of the bill can claim under it. Gaskell, in Bills of lading; law and contracts , calls a bearer bill a very dangerous document to let into circulation - protection is improved if the full set of all originals is required for payment. The problem for the carrier who issued an order bill is that he has in principal no control over this transformation into a bearer bill .

Secondly, Rares J established the significance of the anonymous signature on the back of the bill of lading by looking beyond the bill itself and taking into account documents required in the documentary credit , i.e. evidence outside the carriage contract documentation.

Thirdly, the case confirms that, for the transfer of legal rights, the endorsement and transfer of

one original is sufficient. However, if there are several originals, there are potentially several parties who attempt to claim from the carrier. Old English cases such as Barber Meyerstein (1870) and Glyn Mills Currie & Co v East & West India Dock Co (1882) have illustrated that several originals can cause complications.

The ICC Rules UCP 600 on documentary credit require that a bill of lading must appear to be the sole original bill of lading or, if issued in more than one original, be the full set as indicated on the transport document (Article 20(a)(iv)), and contain equivalent provisions in respect of the Multimodal transport document, Non-negotiable sea waybill (!) and Charterparty bill of lading in Articles 19, 21 and 22 respectively (the provisions for air, road, rail and inland waters, dealt with at Articles 23-24, differ). In spite of the requirement at Articles 19-22 to provide a full set, it would appear that the parties to a documentary credit contract are free to deviate from it, if they expressly agree that presentation of a single original is sufficient. The phrase in the bill ( ) one of which being accomplished, the others to be void appears to give a carrier some protection against claims of misdelivery.

Please use the following web link for the full text of Rares J s judgment in Hilditch v Dorval Kaiun KK ( The Golden Lucy I ) of 14 December 2007: 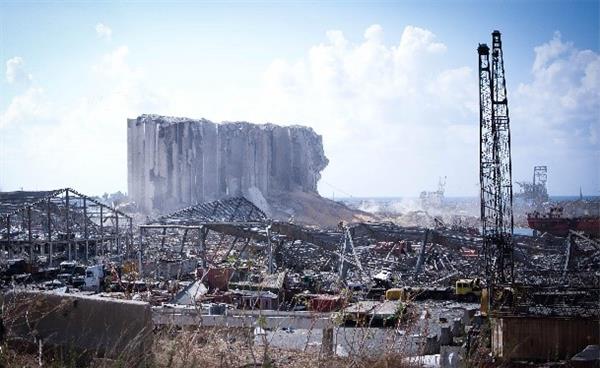