The introduction of the freight container revolutionised the carriage of cargo in the supply chain, permitting large volumes of cargo to be lifted from ships without the need for slings, nets or platforms. But the container brought its own problems that did not at first manifest themselves. The system is fundamentally reliant on the integrity of parts that may not regularly be scrutinised in operation.

Before the days of the container, stevedores would use slings, nets and platforms to lift a quantity of cargo into and out of the ship's hold. Each lift was accompanied by a casual inspection of the lifting gear to see if it looked to be damaged or worn. When it was noticed that there was some damage or wear the item was replaced - at least once safety was valued. The freight container arrived as a steel packing case that only needed to be lifted using the twistlock; as a consequence, large quantities of cargo could be moved with a single lift.

View from the top

In the early days of the container, stevedores walked on top of the units removing the interconnecting twistlocks, allowing ready identification of any damage. Of course, operations have changed significantly, driven rightly by 'working at height' legislation. Gone are the days when inspectors would clamber up the rear doors of a container, or even find a suitable ladder or gantry that permitted safe access to the roof of containers. Now the roof of a container, especially when mounted on a road trailer, is almost out of bounds. While any careful packer should identify holes in the container roof, the condition of the critical structures, particularly the corner fittings may not be observed. Such was the case for one container in Canada in 2006 which fell from a spreader during handling operations. Nobody was injured, but the precise reason why the reach stacker twistlocks disengaged from the fittings was not fully established. However, it was clear that if a person had been able to access the top of the container they would have seen instantly that the fittings were damaged and the container was unsafe.

The TT Club carried out an investigation into a similar incident during 2013. As with the earlier instance, the deformation of the corner fittings was established to have little to do with the inherent quality of the castings. It was apparent, though, that the unit had been subject to at least two serious incidents that had damaged first one end of the container - perhaps in a failed 'twin twenty' lift (

)and then the other. Whatever the precise cause or period between the incidents, the fact was that the second became almost inevitable.

"The uncomfortable conclusion was that someone, somewhere knew that one end had become disengaged during a lift, but failed to report it or ensure that the fittings were inspected and repaired before the unit was released back into service".

The International Convention for Safe Containers (CSC) requires that owners maintain their containers in a safe condition; to ensure that this is done, owners may choose one of two maintenance schemes, the original 'periodic examination scheme' (PES) or the more recent 'continuous examination programme'.

The supplement to the convention describes the examination for a container covered by a PES to include a detailed visual inspection for defects or other safety-related deficiencies or damage that could render the container unsafe and also examination of all structurally significant components of the container, particularly the corner fittings. This should be undertaken at least every 30 months.

Under an approved continuous examination programme (ACEP), a container is subject to examinations and inspections during the course of normal operation. Under this methodology, a thorough examination is conducted in connection with a major repair, refurbishment or at the point of an on-hire / off-hire or depot interchange. Care should be taken to ensure that any damaged parts or components have been adequately and safely repaired or replaced. A record of this examination should be retained. The thorough inspection associated with on-hire / off-hire or depot interchange may be little more than a visual inspection of the exterior of the container carried out between the lifting of the container from a stack onto a trailer and the trailer leaving the depot; this may satisfy the CSC if it is documented in the approved examination programme.

The 'back-stop' form of in-service inspection is carried out by authorised officers. When damage is found to one or more of the structurally sensitive components such as corner posts and corner fittings, the control actions set out in Annex III to CSC permit the authorised officer to stop a container from onward movement or to impose handling restrictions on its movement. This may be operationally disruptive, but is the price of non-conformity to the required maintenance standards which result from an inspection or examination failure earlier in the supply chain.

The essential design of the freight container is such that the top four corner fittings are designed to interface with lifting equipment and be capable of supporting the maximum gross mass of the container. The thoroughness of the design may lure users to expect that corner fittings cannot be damaged. Incidents are certainly so very, very few, but failure to examine a container properly increases the risk of a nasty incident that could be prevented - even by something as simple as a mirror on a stick so an inspector can see the condition of the top faces of the corner (and intermediate) fittings. 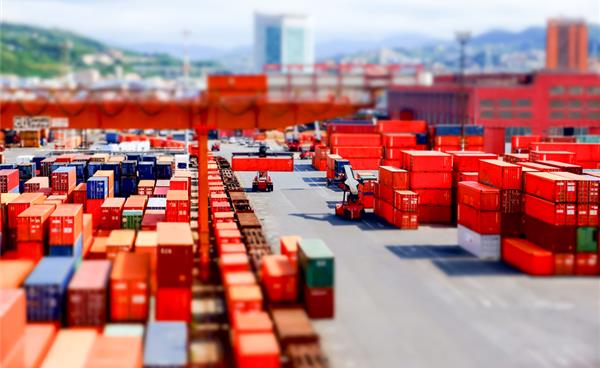