Fighting unfair contract terms in civil law jurisdictions may appear a recent phenomenon, but the reality is that the process has been underway for well over a century.

The creators of the Code Napoléon in the early 19th century focused heavily on individual freedoms, in reaction to what went before. Rather naively, they assumed that a freedom to contract what you want with whom you want was the key to true freedom and prosperity. It was envisioned that parties would enter extensive negotiations to draft a contract that would perfectly reflect their mutual intent, and be binding between them. After all, nobody would contract to do something that would not benefit them, right?

Within 100 years, it was clear that almost absolute freedoms had resulted in corporations with near-monopolies that had no problem to goad individuals into entering unfair contracts. Extensive negotiations over contracts became the exception rather than rule, and were slowly being replaced by standard form contracts.

This triggered what is usually referred to as the 'socializing' of contract law: the freedom to contract has been curtailed in order to protect weaker parties and avoid unfair terms. Most of the resulting legislation was aimed at protecting consumers, but later also small companies. Typical examples include employment contracts, insurance contracts, consumer contracts, but also prohibitions on price agreements and, of course, nearly all international transport conventions. The focus of such legislation was limited to specific types of contracts or situations, but the principles have gradually been extended as case-law challenges unfair terms in general.

Courts typically are still constrained by the binding character of a contract and only in rare cases will a judge be able to deviate from what parties agreed between themselves. Here, a clear division in setting aside the principle of freedom of contract can be seen between the more progressive jurisdictions (Netherlands, Germany) versus the more conservative countries (France, Belgium). The classic discussion in that respect is about hardship: what if the balance between parties is radically altered due to unforeseen events after the contract is agreed? Parties are, of course, free to include a 'hardship clause' to cover such situations, but most do not contain such a safety net.

Various civil law courts have struggled to create relief in such a scenario - something which was not accepted in most countries, because contracts are, after all, binding. Nevertheless, Dutch and German courts have allowed deviations in some cases. Also, when the new civil code entered into force in 1992 in Netherlands, it included this hardship protection.

The rule that parties have to execute their contracts in good faith and fair dealing has additionally given courts some leeway to balance obligations, although this has mainly been of assistance in interpreting or supplementing the terms. Still, the principle of good faith is a way to avoid abuse of terms.

There have also been attempts to restore the balance between parties and disregard or minimise unfair terms by falling back onto Roman law: any clause where there is a clear imbalance between the obligations of parties because one party abused its superior position, would be null and void. For a long time this has been refused by courts, although more and more exceptions are being noted, which is in line with the ever increasing socializing of contract law.

The use of standard form contracts has not escaped scrutiny. While generally perceived as valid and beneficial, such contracts are typically written by one party, tend to minimize the risk of that party and are practically unavoidable in certain sectors. As a result, significant parts of the legal fraternity view them with some suspicion and tend to apply more rigorous tests, especially when there is tacit agreement. In case of doubt, terms are usually also interpreted in favour of the other party.

Since WW2, Italy, for example, has required that terms, such as limitation of liability and exoneration, have only effect if they have been approved in writing by the party joining the contract. Furthermore, in 2016 the French law on contracts was reformed to consider as unfair a term that creates an imbalance between the rights and obligations of the parties, making such clauses in standard form contracts null and void.

These examples demonstrate that the socializing of contract law has broadened scope during the last century. Every civil law jurisdiction now has rules to protect against unfair terms. However, such laws are fragmented and show large variations between the different jurisdictions. While there is no general prohibition of unfair terms, some legislation has moved in that direction and courts have seemed willing to intervene more. However, it is important to remember that these are merely exceptions to the overarching rule that contracts are binding.

We gratefully acknowledge the assistance in the preparation of this article of Christophe Vercauteren, Marine Claims Bureau NV, TT Club's Network Partner in Antwerp. 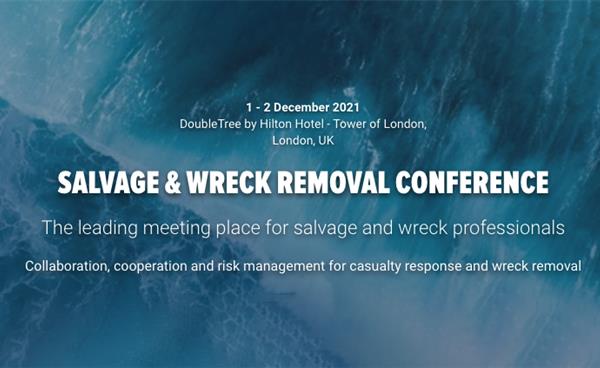 An important case clarifying that acts or defaults in exercising due diligence may give rise to 'unseaworthiness' and the consequences of falling on the wrong side of the boundary, including in relation to general average