The risks involved in seeking electronic simplification in international trade reach far beyond the technological challenges; here is an assessment of integrating into existing contractual practices.

MSC carried 69 shipments of cobalt briquettes shipped by Glencore from Fremantle to Antwerp between January 2011 and June 2012. On each occasion the carrier emailed, against presentation of the bill of lading to Glencore's agents (and notify party under the bill), a release note with a four digit PIN number. This release note was in place of a delivery order. The PIN number was subsequently used by drivers to access the terminal and collect the cargo. This followed an electronic release system (ERS), which had been in use on a 'voluntary' basis by some carriers and agents at Antwerp since 2005.

When the driver attempted to collect a 70th shipment on behalf of Glencore's agents, two of the three containers specified in the bill of lading were missing, presumed stolen by an unknown person who had penetrated the ERS. Glencore sued MSC for breach of contract, bailment and conversion, because the cargo should have been delivered only on presentation of a bill of lading or of a delivery order given in exchange for a bill.

The carrier defended the claim unsuccessfully at first instance and on appeal.

MSC characterised the PIN number as a symbol, and claimed that its release to Glencore's agents therefore constituted symbolic delivery. One problem with this was that release of the PIN code was not the same thing as physically handing over the cargo - the carrier could have revoked the code before the receiver took possession (even if this would have been in breach of contract). The Appeal Court did however hold that this argument might nevertheless have succeeded if it had been clear that both parties had agreed to ERS. However, in this case, the language of the bill of lading did not support an agreement of this type.

The carrier claimed that the release note containing the PIN code was a delivery order as required by the bill of lading, and as defined by UK COGSA. This argument was rejected because the release note lacked the essential characteristic of a delivery order - an explicit or implied undertaking to deliver to the consignee under the terms of the bill of lading - as required by COGSA.

The carrier did no better with arguments that the bill of lading terms had been varied by a course of dealing or by earlier correspondence, or that Glencore was estopped because their agents had accepted delivery of the first 69 shipments under ERS. These arguments were variously rejected on the facts, because they 'sat awkwardly' with (or expressly contradicted) the terms of the bill and because it was not shown that Glencore or their agents had ever explicitly accepted ERS. Glencore did not know about ERS, and their agents had merely 'tolerated' MSC's voluntary decision to use it. This aspect of the case threw up technical arguments, distinguishing equitable estoppel from contractual waiver in the context of agency.

Although this case was fact dependant, a moral can be drawn from it. If it is wished to streamline the delivery process by replacing paper with electronic systems, care must be taken to ensure that the contractual relationship between the parties supports this, and that this is evidenced in the bill of lading or other contract of carriage. 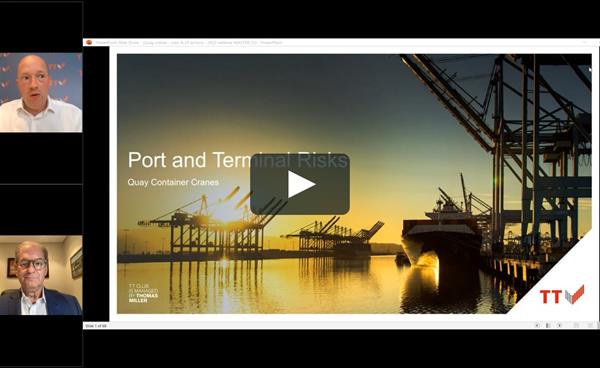