Following on from the changes implemented in the 20th edition of the United Nations (UN) Recommendations on the Transport of Dangerous Goods - Model Regulations (view related related TT Talk) this Amendment reflects new technical developments, responses to previous incidents, provides general improvements and works towards the ongoing aim of harmonisation between the different transport modes. In addition to these generic changes there are also several mode specific changes to reflect the specific characteristics of sea transport.

The changes in numbers!

As always, the devil is in the detail and it pays to spend some time reviewing the changes to see how it may impact your operations. A selection is provided below.

All change for those who ship articles containing dangerous goods
Previously there have been issues transporting articles that proved dangerous to classify, package and transport because the existing regulations were a bit muddled. This has been addressed with the inclusion of 12 new dedicated UN Numbers for 'Articles containing dangerous goods', UN 3537 - 3548. These relate to most classes, but do not apply if there is already a relevant Proper Shipping Name (PSN) for the article in the DGL, nor if it falls within the permitted limited quantity amounts specified for UN 3363.

Do you know your risks from your hazards?
Throughout this update, the word 'risk' has been amended to 'hazard'. The UN Sub Committee realised these two words had been used interchangeably. Although seemingly a trivial change this has significance in the risk assessment world. A simple explanation of the difference between the terms is "A hazard is something that can cause harm, e.g. electricity, chemicals, working up a ladder, noise, a keyboard, working at height, etc. A risk is the chance, high or low, that any such hazard will actually cause somebody harm".

Just the one PSN please!
A fairly small change in the general scheme of things but 3.1.2.2 has now been clarified to make it clear that where an entry in the DGL has a combination of several distinct proper shipping names only the appropriate should be used. For example, with the entry for UN 1203 reads Motor spirit or Gasoline or Petrol, only one of these should be used in the transport document and package marks.

Do you know your SG codes from your SGG codes?
The 18 segregation groups in 3.1.4.4 have now been coded and included in column 16b of the DGL. These segregation group codes are provided as a 'SGG' code (rather similar to the existing 'SG' codes used for additional segregation requirements in 7.2.8). It is hoped that by including these in the DGL it will help to avoid the requirements being overlooked. Also, many more substances in the DGL have now been assigned SG35, SG36 and/ or SG49 (stow separated from acids/ alkalis/ cyanides) to correct inconsistencies.

And finally
Finally, don't forget that the IMDG Code requires refresher training and it is clearly good practice for staff to understand changes with the release of every new Amendment and for stakeholders to seek confirmation of training from their counterparties. Exis Technologies provides online refresher training with their IMDG Code e-learning course which includes both a recap on the main IMDG Code requirements and detail on the changes to these requirements.

Further information about the changes in the latest Amendment can be sourced from the International Maritime Organization (IMO) itself or, providing additional support tools, Exis Technologies.

We gratefully acknowledge the assistance in the preparation of this article of Will Bartle of Exis Technologies, the software division of the National Cargo Bureau. 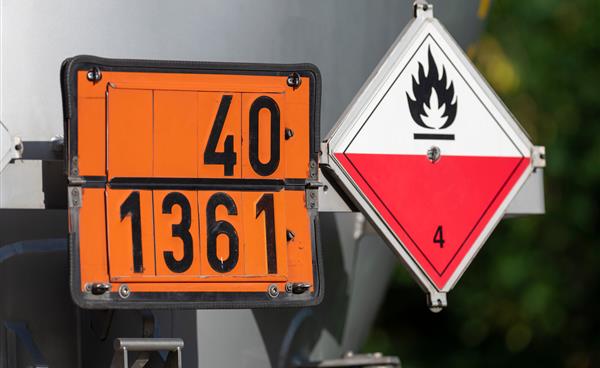