One of the less apparent consequences of the pandemic has been a noticeable increase in drug trafficking exploiting the maritime supply chain. No entity welcomes the embarrassment, almost certain cost and potential reputational damage. What to do?

Desperate international drug cartels, hindered by COVID-19 restrictions on air cargo and passenger planes, are resorting to trafficking larger volumes and more high risk loads using ships at sea. Some daring instances have been made of film-worthy mid-ocean exploits, as well as attachments to ships’ hulls.

These narcotics on cargo ships bound for the USA, Europe and other high use destinations are now smuggled by the tonne and not the kilogram. They may be concealed in some part of the ship, secured under the hull in waterproof boxes, or placed within cargo – both bulk and containerised.

Mainly because of the very large quantities seized (usually cocaine), drug smuggling from predominantly South American countries is becoming big news. This results in an increase in ships and cargo being searched, with the potential for crew to be detained or the ship arrested. Inevitably, enforcement agencies are deploying their intelligence gathering towards the maritime supply chain, with the potential for uncomfortable disruption or opportunity to work together.

In February 2021 a cargo ship with 3,000 kg of cocaine was intercepted near Spain. Also in Spain a month earlier, two tonnes of cocaine were found hidden in a consignment of charcoal and in March police seized a semi-submersible craft, dubbed a 'narco-submarine', designed to carry up to 2,000 kg of drugs.

"The issues are real and pressing – and infiltrate the intermodal supply chain."

The issues are real and pressing – and infiltrate the intermodal supply chain. As drug cartels have enjoyed good harvests, but with fewer avenues to move their illicit goods, so smuggling narcotics on cargo ships has become more attractive. The reality is that ‘innocent casualties’, such as crew members, are detained, arrested and used as pawns within the process.

The real hub of distribution, according to Signum Services – Thomas Miller’s specialist crime investigation unit – is mainly on ships arriving in Northern Europe (hub ports such as Rotterdam, Antwerp and Hamburg). The central organised crime gangs use sophisticated and varied methods to get the drugs off the ships and in/out of the ports for onward distribution. This makes terminal security, working together with government enforcement, a critical imperative.

Last August, a joint investigation team at the Port of Rotterdam intercepted 743 kg of cocaine hidden in a container arriving in the port from Ecuador. The police estimated the street value of the narcotics at more than 66 million dollars. Similar experience led to arrests in December.

The UK has also seen smuggling in containerised banana shipments over several years. Some of these shipments were also destined for European ports, but seized by UK authorities acting on information, partly in a ‘disruption exercise’. Following Great Britain’s withdrawal from the EU the potential to establish freeports in the UK has emerged; close attention will be required to ensure that these adequately protect against becoming crime nests.

The sophistication of criminal methods is revealed in investigations, where containers and trailers have been discovered within a few miles of the port area, with the genuine cargo intact. This indicated criminals removed parcels of drugs, but were not interested in the cargo. These type of cases often go unreported with the abandoned container and cargo found within a week or two, recovered and restored to their rightful owners.

Disturbingly, such investigations also reveal the shadowy nature of this criminal world. The implication that numerous different actors involved in the supply chain – forwarders, logistics operators, terminal personnel, terminal security and government enforcement officers – are potentially being infiltrated is difficult to avoid. Drug barons will ruthlessly deploy their established arsenal, including bribery and violent coercion, fully aware that discovery is unlikely to dent their ‘profit’ or lead to them being held accountable. They do this while impervious to the personal, organisational and societal damage resulting around the globe.

"They do this while impervious to the personal, organisational and societal damage resulting around the globe."

Right-minded people around the globe may have peripheral perception of the cost of the illicit drugs trade. Without seeking to be moralistic, the human cost of substance abuse is horrific, both for the individuals trapped and those involved with them. Encircling those users, however, are those who are extremely dangerous and driven by egotistical greed. Many nations fear to admit the mess that is faced. 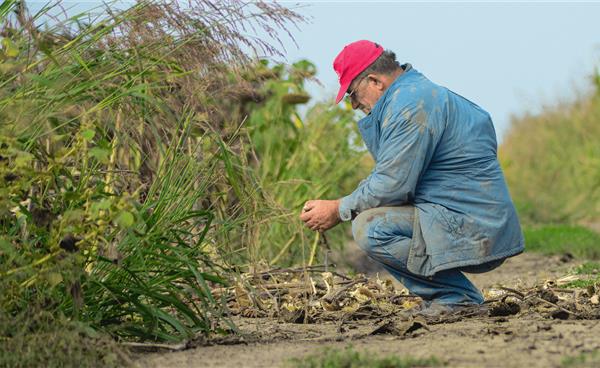