TT’s recent webinar highlighted an important insight and concern related to the current global supply chain stress, including blockages, delays and blanked sailings, and the impact that this might have on safety of particular cargoes.

TT Club recently sponsored a webinar titled ‘Abandoned Cargo – More than money at stake’. The webinar focused on the risks and implications presented by abandoned cargoes for all in the supply chain and beyond with particular reference to risks in port areas and similar storage facilities. This webinar sought to extend the application of the material published in the Club’s StopLoss ‘Abandonment of cargo – avoiding the pitfalls’.

A distinguished panel including, Peregrine Storrs-Fox, Risk Management Director at TT Club, Captain Richard Brough OBE, Director at Brough Marine, Jens Roemer Chairman, Vice President and Working Group Sea Transport Chairman at FIATA, Bob Ahlborn Vice President Liner Activities, National Cargo Bureau and Uffe Ernst Frederiksen Head of cargo management at AP Moller Maersk considered risks from the perspectives of various supply chain actors and provided case examples of real life incidents. A recurrent theme through these presentations related to the exercise of due diligence to mitigate incidents in the first instance, and then the importance of collaboration and communication to manage incidents effectively, when they do occur, through to resolution.

Bob Ahlborn, from National Cargo Bureau, sought to draw lessons from ‘MSC Flaminia’ casualty in July 2012. While the cargo in that instance was not abandoned, it does provide a sobering reminder of the dangers certain cargoes may present where delays in transit are encountered during the contracted voyage, as well as similar cargoes that may be abandoned.

In the case of ‘MSC Flaminia’, the cargo established through the ensuing litigation as at the seat of the fire/explosion was chemically inhibited/stabilized for transport to prevent auto-polymerisation. Despite the presence of the inhibitor, the stability of the cargo remained sensitive to heat and the availability of oxygen. In practical terms the effectiveness of the inhibitor had a finite life span, which was reduced further in the presence of heat and lack of oxygen.

The cargo in question was packed (in fact, filled to a tank container) earlier than originally planned, spending ten days on a New Orleans container terminal in heightened summer ambient temperatures – which investigations concluded had a detrimental impact on the life of the inhibitor.

The applicable regulation regarding polymerizing substances was amended following this incident and four additional UN numbers created under Class 4.1 to accommodate this category of cargo. There are, however, numerous other stabilized substances listed within Dangerous Goods regulations.

Under the IMDG Code, Special Provision 386 (SP386) requires that when a chemical stabilization is employed, the person offering the cargo for shipment must ensure that the level of stabilization is sufficient to prevent the substance from dangerous polymerization at a bulk mean temperature – or ‘self-accelerating polymerization temperature’ (SAPT) – of 50DegC or 45DegC for a portable tank container. Where chemical stabilization becomes ineffective at lower temperatures (ie below 50DegC or 45DegC) within the anticipated duration of transport then physical temperature control (ie. refrigerated unit) is required.

However, in making this determination, operational controls and/or other measures may be considered. SP386 sets out a number of limited factors that could be taken into consideration, including the capacity and geometry of the packing, the effect of any insulation and the duration of the journey. In short, no definitive requirements exist.

Operational controls, therefore, may be used by a shipper in some instances to stabilize a cargo. However, there is no provision in the IMDG Code (or other modal Dangerous Goods regulations) that requires the shipper to divulge to the carrier what operational controls were considered and/or employed. Furthermore, the Code does not require the shipper to provide the SAPT of the substance transported, which could at a minimum provide the carrier with an indication of at what temperature the shipment might begin to polymerise.

This not only has a direct impact on the carrier’s ability to care for the cargo during any voyage and maintain safety, but also raises some uncomfortable questions if the cargo is either delayed during the transit, particularly noting that several major ports are currently experiencing serious congestion and consequent delays, or is abandoned at the destination port.

This… raises some uncomfortable questions if the cargo is either delayed during the transit… or is abandoned at the destination port.

It is in this context that some of the statements made in the ‘MSC Flaminia’ judgment are perhaps most telling for the supply chain at this time – demanding attention from shippers, forwarders, logistics operators, terminals, ports and carriers (by any mode). The judge stated that it was reasonable for the carrier to assume that the cargo was “manufactured and had been delivered in a manner that would allow it to arrive safely at an overseas destination under normal voyage conditions”.

There was, consequently, no expectation, unless there was an additional warning, that the carrier be aware of “dangers greater than those detailed in the International Maritime Dangerous Goods (IMDG) Code”. The critical conclusion made by the judge was that there is “nothing in the IMDG Code [stating] that a shipper and NVOCC may not provide additional information”.

[There is] nothing in the IMDG Code [stating] that a shipper and NVOCC may not provide additional information.

When transit conditions are far from ‘normal’ it may be moot as to where exactly responsibility lies – but actors in the supply chain should step up in considering safety in advance, rather than leave it to a judge to pick through the entrails of evidence, contracts and statutory provisions following some catastrophic event. 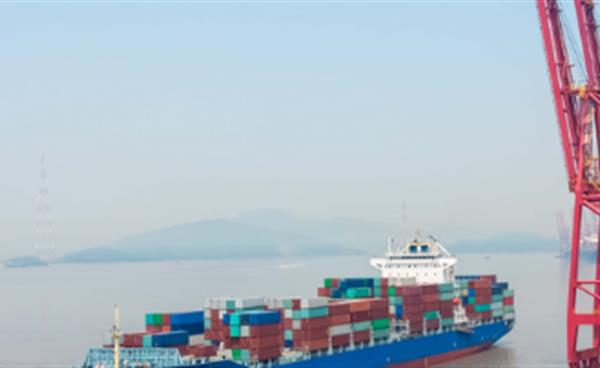