The Board of TT Club, the leading provider of insurance and risk management services to the international transport and logistics industry, has announced its financial year 2002 results. The Club posted a full year after tax surplus of US$10.7 million (from a 2001 loss of US$40.2 million), supported primarily by a positive technical underwriting result of US$6.6 million (an improvement of US$35.5 million) and an increase in investment income. As a result the Club's free reserves (undiscounted) rose by 27 percent to US$50.2 million.

Sir David Thomson, TT Club Chairman, commented: "The TT Club has faced and dealt successfully with a tremendous challenge in 2002. Our task was to protect the Club's solvency from any further decline after the difficulties of 2001 and I am pleased to confirm we have achieved this objective."

The insurance industry suffered a very poor year in 2001 and the TT Club was not immune to the external factors affecting the industry generally. However, the Club recognised the decisive actions necessary to reverse the trend and has made good progress in implementing them.

A negative technical underwriting result in 2001 of US$28.9 million gave the Club's Managers no alternative but to raise premiums and deductibles during the 2002 financial year. It is only through the strict application of underwriting guidelines that the Club has been able to report a return to a positive operating result. This has been achieved despite a substantial strengthening of both the euro and sterling against the US dollar during 2002, which has increased the dollar value of the substantial claims reserves held in those currencies.

At the same time, the Managers recognised the need to contain costs, and successfully reduced the expense ratio (management fee plus expenses as a percentage of gross earned premiums) to 13.7 percent (from 15.8 percent in 2001).

During the year the Club implemented two major additional reinsurance programmes with some of the world's leading reinsurers: firstly a five-year finite quota-share agreement with the Swiss Re Group, and secondly a traditional quota share agreement placed with Swiss Re and another AA rated major European reinsurer.

Investment income has improved to a surplus of US$8.3 million in 2002 from a deficit of US$4.6 million in 2001. The Club decided in early 2002 to reduce its exposure to volatility in interest rates and equity markets by moving into short-dated bonds and cash, and protecting its remaining equity portfolio with a series of options. Since the year end the Club has liquidated its entire equity portfolio.

"This strategy proved effective," commented the Club Chairman, Sir David Thomson. "Although equity values and interest rates continued to decline throughout the year, the Club achieved an underlying positive return on its investment funds."

Drawing attention to the need to reinforce further the finances of the Club to better withstand the cyclical market, Chief Executive Paul Neagle said: "These results are a great improvement compared to 2001, but there is still much to be done to restore the Club's financial health to its former level."

Laying out the Club's strategy for 2003, Neagle stated that the huge decline in equity values and interest rates since March 2000 created an imperative for insurance providers to ensure sustainable underwriting surpluses.

"To this end the Club intends to develop further value-added services and during 2003 we plan to expand the Club's e-business products through the website, and to extend its risk management service to ports, terminals and logistics companies through partnerships with leading suppliers in these sectors. Finally, we are developing our Integrated Claims Management service, which provides cost-effective claims handling on an outsourced basis to all categories of member. The aim of all these initiatives is to help members reduce their claims and, ultimately, their cost of insurance."

· Technical underwriting result improved to a surplus of US$6.6 million from a deficit of US$28.9 million

· Investment income improved to a surplus of US$8.3 million from a deficit of US$4.6 million

· Overall result improved to a surplus of US$10.7 million compared to a deficit of US$40.2 million

· Free reserves (undiscounted) increased by 27 percent to US$50.2 million from US$39.5 million

info@isiscomms.comA full archive of all TT Club news releases and photographs is available from the ISIS Communications Press Room at www.isiscomms.com 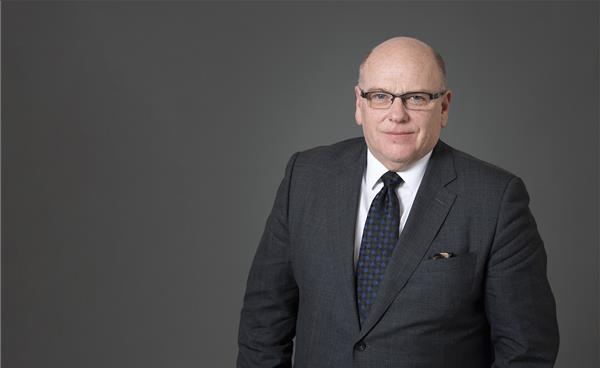 The leading global freight and logistics insurer underlines the future importance of technology in fulfilling its primary mission of a safer and more secure container industry with the appointment of an experienced CTO in Kevin Blunsum, working alongside Thomas Miller Group CIO Lisa Gibbard.